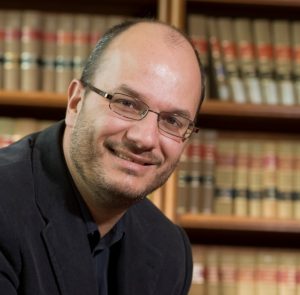 You’re invited to join us for an open lecture with Prof Nicholas Aroney from University of Queensland on Tuesday, 12 November, 7-9pm. He will be speaking on ‘Theological Reflections on the Nature and Function of Law’.

He is the author of numerous articles and books on constitutional law, law and religion, and religious freedom, including The Constitution of a Federal Commonwealth (Cambridge, 2009), Shari’a in the West (Oxford, 2010) and the Constitution of the Commonwealth of Australia: History, Principle and Interpretation (Cambridge, 2015). He is currently editing a book entitled, Christianity and Law, due for publication in 2020. In 2017-18 he served on the Prime Minister’s Religious Freedom Review Panel which submitted its report in May 2018.