Postgraduate study at BST affords participation in a scholarly community. If you hold a first theological degree and would like to extend your studies, you can do this by auditing or enrolling in our postgraduate coursework and research degrees.

You can also attend our regular research seminar or watch the latest PostgradPodcast. From time to time, BST convenes conferences, which offer the opportunity of connecting with the latest developments in theology globally.

If you would like further information, don’t hesitate to get in touch. 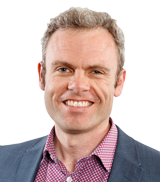 If you already have a theological degree but want to grow your professional and vocational expertise, the Master of Theological Studies will help you do that.

BST convenes three public postgraduate research seminars each year. Each seminar features papers by visiting international and the BST faculty, and postgraduate students from the Australian College of Theology network...

PostgradPodcast allows you to connect with our international guests, our faculty’s latest research, and much more.

If you already hold a theological degree, but want to specialise in a particular area of interest, then the Master of Theology (MTh) will give you that opportunity.

The Doctor of Philosophy degree (PhD) allows candidates whose academic background is in fields other than theology to pursue interdisciplinary study in Christian theology.

In the weeks between submitting my doctoral thesis and sitting the viva voce examination, I translated an academic oration by Herman Bavinck entitled, ‘The Doctorate’ (1899). Perhaps, not everybody’s preferred mode of killing time, but this was the last of four speeches that I had been translating and editing and it seemed like a good opportunity to bring the project to completion.
Bavinck delivered this (remarkably long) speech towards the end of his time in Kampen and as such, it occupies a fascinating period of his life. At the time, Bavinck had been involved in some serious ecclesiastical politics in the attempt to secure a merger of the Kampen Theological School and the Free University of Amsterdam. A few years before, Bavinck’s denomination had united with Abraham Kuyper’s denomination but in the minds of many of Bavinck’s colleagues, merging the two institutions was a step too far.
‘The Doctorate’ speaks into that disagreement, offering a theological justification for why Bavinck thought the merger was in everybody’s best interests. It takes the form of a theological account of the teaching office. In true Bavinckian style, he commences with the biblical material and then lays out a detailed history of the development of doctrine before presenting his own view. Yet curiously, in tracing the development of the teaching office, Bavinck comes to focus on the PhD rather than the office itself.
The further I worked my way through Bavinck’s speech, it became clearer and clearer that Bavinck’s analysis holds considerable relevance for today. There is a lot of stuff being said about PhDs out there and the cognitive dissonance, at times, can be astounding. On one hand you have people saying that PhDs are of no value and are a sign of the vanity of those who pursue them. On the other, there is the cut-throat pursuit of the PhD in which one’s publishing profile and institutional affiliation displaces any thought of Christian ministry.
How is the Christian who is attracted to the idea of academic study of theology to weigh such wildly divergent views? I think Bavinck’s speech can really help. Bavinck’s basic argument is twofold. In and of itself, theological scholarship is of immense value. Theological scholarship, however, must only ever be in service of the church. It is a deceptively simple argument, but it pulls the rug out from under the more lopsided views outlined above. Bavinck draws on some of the harshest critics of PhDs, such as Zwingli, Agricola, and Luther, to show that they never said anything like the PhD critics. Yet Bavinck also draws attention to the way academic ambition is just another manifestation of the all too human tendency to use good things for bad ends.
A PhD, according to Bavinck, is for teaching. In a nice play on words in which he echoes Cicero, Bavinck mocks the idea of a doctor non docendo, that is, a doctor who does not teach. For a disciple of Christ, this ought to be unconsionable. Yet Bavinck does not restrict the notion of teaching to a seminary lectureship. Like scholarship, teaching can take many forms. A PhD might equip a Christian for any number of ministries. It might equip a pastor to preach with greater nuance or an academic for a lifetime of scholarship or it might equip a Christian for some other service in which deep insight is necessary. Theological learning serves the church in many, many ways.
There is, of course, a lot more to say about whether one should or should not pursue a PhD but Bavinck’s speech at least sets the discussion off on the right foot. Theological learning is not an end in itself but is to be put in service of the kingdom of God. As the director of postgraduate studies at BST, this is the kind of vision for theological scholarship that I would like to encourage.
Each year, BST offers a suite of intensive courses designed to sharpen local scholars in their service of the kingdom of God. Next semester, BST will be hosting two distinguished biblical scholars. In July, John Walton will be delivering a unit on Old Testament hermeneutics and during September and October, Bill Salier will be delivering a unit on the theology of the Johannine epistles. It’s not too late to enrol in or audit these units. If you would like more information or would like further information about our 2020 prospectus, please don’t hesitate to drop me a line. – Rev Dr Bruce Pass, Director of Postgraduate Studies, Lecturer in Christian Thought and History